Our 2019 Acquisitions Institute Keynote Speaker is Alexia Hudson-Ward, and her address is titled:

Our precipice moment is here

Positioning our acquisitions for critical illumination within the higher education landscape

As the higher education sector faces some of its toughest challenges in more than a century, academic libraries (and our acquisitions supposition) are at a choice point. Continue with the status quo and hope for better days to come (optimistic but unlikely!) or embrace this precipice moment. We are faced with an unique opportunity to drive new strategies that ensure our acquisitions are firmly positioned for educational and pedagogical illumination. 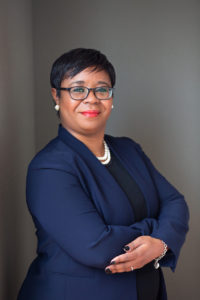 Alexia Hudson-Ward is the Azariah Smith Root Director of Libraries for Oberlin College and Conservatory. In less than three years she has re-envisioned one of the nation’s oldest liberal arts college library systems into an agile and creative organization through role recasting and strategic positioning of public and technical services as central to pedagogical mission of the institution. This shift has resulted in the Oberlin College Libraries being ranked as the institution’s top administrative unit and achieving high marks for trans-unit collaboration on campus in recent surveys.

Her transition into Oberlin follows a career of distinction as a tenured associate librarian, an award winning entertainment editor for The Philadelphia Tribune(the nation’s oldest continuing African American newspaper), a promotions coordinator for WRTI-FM/Temple University Public Radio where she led a diabetes awareness program that was nominated for a “Best Public Awareness Campaign” industry award, and a marketing manager within The Coca-Cola Company’s Foodservice Division where she was a nominee for the “Performance.Always” regional award.

Alexia is the recipient of several honors including named as one of fifty “Mover and Shakers” by Library Journal in 2008 and the “Outstanding Young Alumni” awardee by the University of Pittsburgh’s School of Computing and Information in 2013. A former member of the Executive Board of the American Library Association (2012-2015) and the current Vice-Chair/Chair Elect of ACRL’s College Libraries Section, she holds a Master of Library and Information Science from the University of Pittsburgh, a Bachelor of Arts degree in English Literature and African American Studies from Temple University, and is currently a doctoral student in the Managerial Leadership in the Information Professions program at Simmons University.